New Haven, Connecticut: A City for Every Palate (Go Nomad) 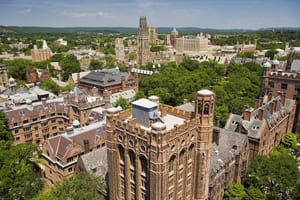 New Haven, Connecticut: A City for Every Palate By Esha Samajpati
New Haven may be known for the ivy-league college it houses, but it is far from being your quintessential college town. It is a big city, a little rough around the edges, but manages to be artsy and inspired at the same time.Known as America’s first planned city, it was initially laid out neatly in nine squares, and as was the norm in those days, the central block assumed the all-important position of town green. And if you visit New Haven you will realize that the 16-acre patch of green is indeed the heart of the city.