Yale Repertory Theatre is a leading professional American theatre dedicated to the production of new plays and bold interpretations of classics that make immediate connections to contemporary audiences.

A champion of new work, Yale Rep has produced well over 100 premieres, including two Pulitzer Prizewinners and four other nominated finalists by emerging and established playwrights, brought to thrilling life by the theatre’s most daring directors, innovative designers, and celebrated actors.

Eleven Yale Rep productions have advanced to Broadway, and countless other plays first produced at Yale Rep have been presented at theatres across the country. 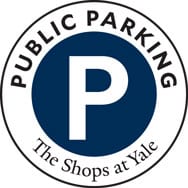