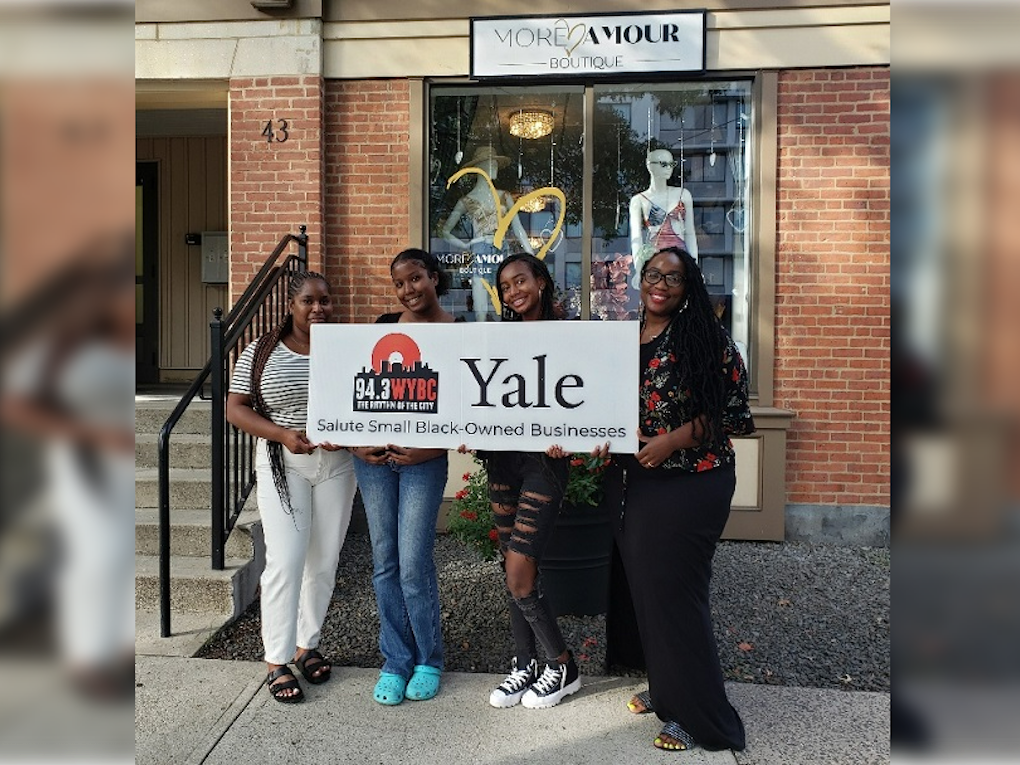 Established in 1996, Yale University Properties serves as part of Yale’s Office of New Haven Affairs and is responsible for the university’s commercial properties.

This month, in honor of National Black Business Month, the ambitious initiative is continuing to overflow its community investment portfolio by supporting Black-owned, brick-and-mortar businesses, the university announced on Monday.

“We are proud to continue to support a growing number of New Haven Black-owned businesses and look forward to their ongoing success in New Haven.”

Yale University Properties is teaming up with local radio station 94.3 WYBC this month to “promote 18 Black-owned brick-and-mortar retail, restaurant, and service-oriented businesses throughout New Haven,” per the news release.

“We are so grateful to all of our tenants who add to the vitality and vibrancy of downtown New Haven,” Zucker said. “As we strive to support a diversified tenant base, we encourage prospective tenants to reach out to us for additional information.”

Here are some of the Black-owned businesses that have found success thanks to the support of Yale University Properties.

“I have always dreamed of opening my own boutique in downtown New Haven because of its walkability and stylish clientele,” says Kim Poole, owner and operator of More Amour Boutique.

Located at 1130 Chapel Street, the independently owned, woman-owned, and Black-owned small business offers an edgy line of trendy women’s clothing and accessories. Poole is the mastermind curating the pieces based on her customer’s needs.

She continued: “Yale University Properties helped me locate and secure the exact retail space I wanted, and it is proving to be the best business decision I have ever made. I love being located on Chapel Street — it reminds me of my home in Baltimore.”

Philly’s A Taste of Philadelphia

Owned and operated by Shem Adams, this independently owned, Black-owned restaurant resides at 1008 Chapel Street in New Haven, CT. Adams celebrated his grand opening in mid-June with Yale University Properties, the City of New Haven, and the downtown community by his side.

Adams, who established his first Philly’s brick-and-mortar in Norwich, Connecticut, knew what it takes to get his business to the next level.

“I’ve had my eye on New Haven for quite some time now,” says Adams. “New Haven is the soul of Connecticut, so we knew our next restaurant had to be here.”

“The love we have received from Yale University Properties, town officials, press outlets, and the community has been second to none,” he continued.

Owned by New Haven-based designer Eiress Hammond, MINIPNG is a creative fashion boutique slated to open in September at 77 Audubon Street, according to the news release.

“Today I made my biggest dream come true. I signed my first ever commercial lease for a storefront! Something I dreamed of doing since I was a kid is now a reality,” Hammond captioned a photo on July 15 of her lease with the Yale investment program.

She continued: “On September 15th 2022 I will be opening the doors to a new in person shopping experience. Thank you @yale for believing in my dream and granting me a space to share it with everyone!”

Francia Fortune, the owner of Soap-edi, is the mastermind behind the line of all-natural beauty products. From shower steamers with peppermint and rosemary to papaya sugar scrubs and citrus water, the products aim to cater to all skin styles, including sensitive ones.

Thanks to Yale, this ambitious owner is anticipating a grand opening this fall at 1022 Chapel Street.