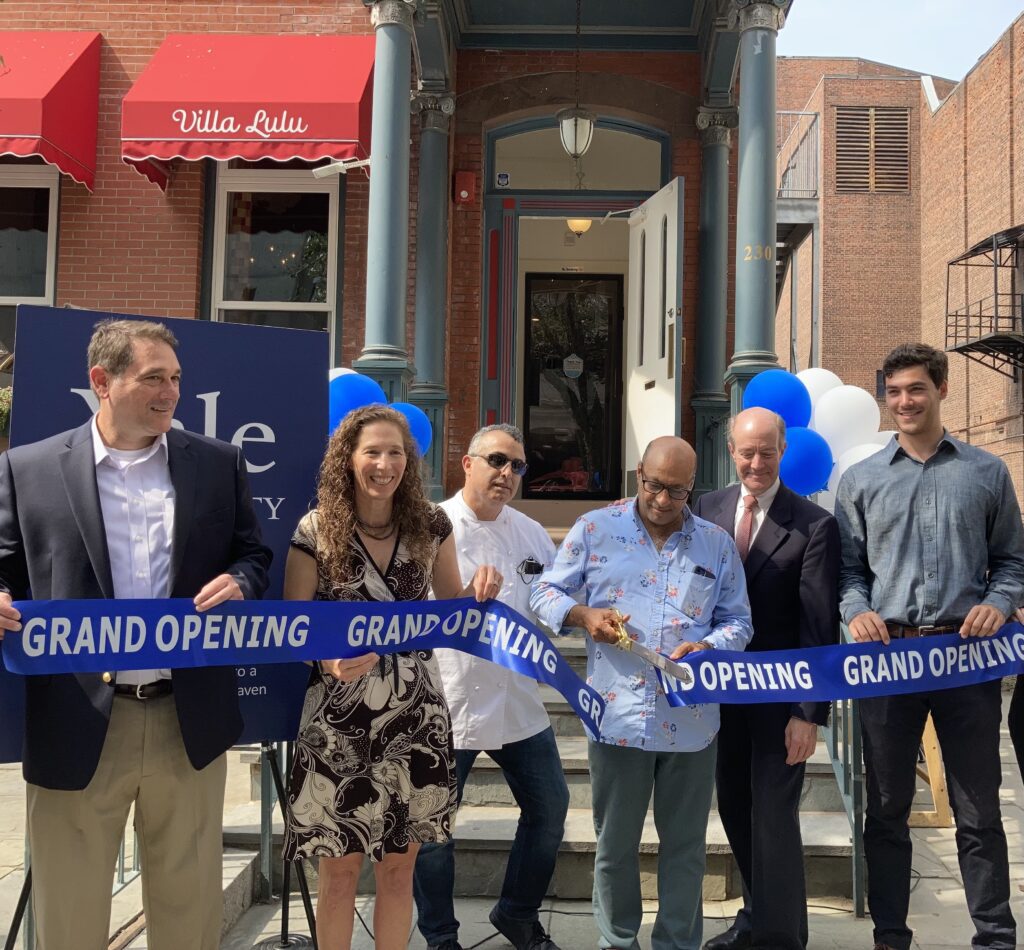 While the eatery opened earlier this summer, the business’ owners joined local officials for a formal ribbon cutting ceremony at the 230 College St. establishment Wednesday afternoon.

“We are excited and hope to see you all very soon,” said Executive Chef Rafael Palomino, who is using his classical culinary training to curate Villa Lulu’s menu.

Palomino is a co-owner in the venture with Moe Gad. The two men have been involved in the city’s restaurant scene for several years, and also are partners in the neighboring Latin restaurant Pacifico. Another local chef, Denis Marukovich, joined them to open Villa Lulu.

“We felt there was a need in the area for our unique offering of Italian fare,” Gad said. “We wanted to open a place where people could gather over food that was comforting and familiar, but also had a modern twist that kept them coming back for more.”

According to Zucker, the new restaurant is creating 20 jobs.

“Moe and Rafael have been Yale’s tenants for over 17 years,” Zucker said. “Their food is delicious, and we wish you and Villa Lulu many years of success.”

“It is exciting to see the jobs and the vibrancy on the block,” Sabin said.

Villa Lulu is among several restaurants planning to participate in New Haven Restaurant Week in October.