Nyberg: Philadelphia native brings a taste of the city to New Haven

Home / Nyberg: Philadelphia native brings a taste of the city to New Haven 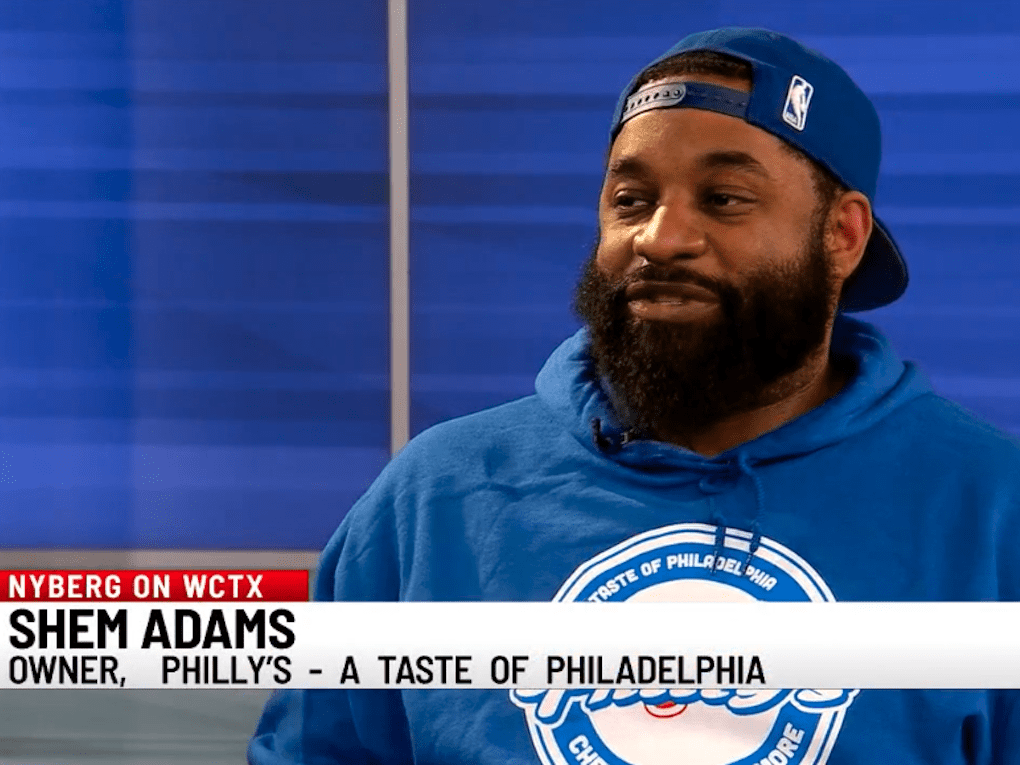 Watch the segment on WTNH!

NEW HAVEN, Conn. (WTNH) — If you live in Connecticut, you have not had to go to Philadelphia for some time to get a Philly cheesesteak.

You could just go to Philly’s A Taste of Philadelphia in Norwich. Now, you can also get one of these delights in New Haven from Philadelphia native Shem Adams.

They start with rolls from Philadelphia and add the ribeye steak, which they slice on the spot every day. Then they “just add the love and the vegetables to it.”

Adams’ mom moved to Connecticut when he was 18 so he moved to the state. He found after a while that everyone wants to enjoy some good food.

“I was spending a lot of my time going back to Philadelphia, getting a lot of the foods that I like, and I thought about it and I’m like why can’t I bring that here,” Adams said.

It took a while for them to get into New Haven but they are finally here in the Elm City. The menu is based on a lot of the athletes Adams liked growing up.

“We have a sandwich called The Broad Street Bully, which is the works that has everything on it, so these are just things close to my heart and part of my growing and coming up.”

Adams feels the need to spread the love of the Philly cheesesteak because his native roots are still strong within him.

“Growing up there was super rough, you know, but it made me who I was. So I gotta appreciate that and respect it. So to give back to that is to make sure I do the city right.”

To learn more about Philly’s A Taste of Philadelphia, click here.