Astroball is the inside story of how a gang of outsiders went beyond the stats to find a new way to win—and not just in baseball. When new Astros general manager Jeff Luhnow and his top analyst, the former rocket scientist Sig Mejdal, arrived in Houston in 2011, they had already spent more than half a decade trying to understand how human instinct and expertise could be blended with hard numbers such as on-base percentage and strikeout rate to guide their decision-making. In Houston, they had free rein to remake the club. No longer would scouts, with all their subjective, hard-to-quantify opinions, be forced into opposition with the stats guys. Instead, Luhnow and Sig wanted to correct for the biases inherent in human observation, and then roll their scouts’ critical thoughts into their process. The numbers had value—but so did the gut.

The strategy paid off brilliantly, and surprisingly quickly. It pointed the Astros toward key draft picks like Carlos Correa and Alex Bregman; offered a path for developing George Springer, José Altuve, and Dallas Keuchel; and showed them how veterans like Carlos Beltrán and Justin Verlander represented the last piece in the puzzle of fielding a championship team.

Sitting at the nexus of sports, business, and innovation—and written with years of access to the team’s stars and executives—Astroball is the story of the next wave of thinking in baseball and beyond, at once a remarkable underdog story and a fascinating look at the cutting edge of evaluating and optimizing human potential.

The Yale Bookstore will validate 1 hour of FREE parking in the Broadway Lot with the purchase of a book. 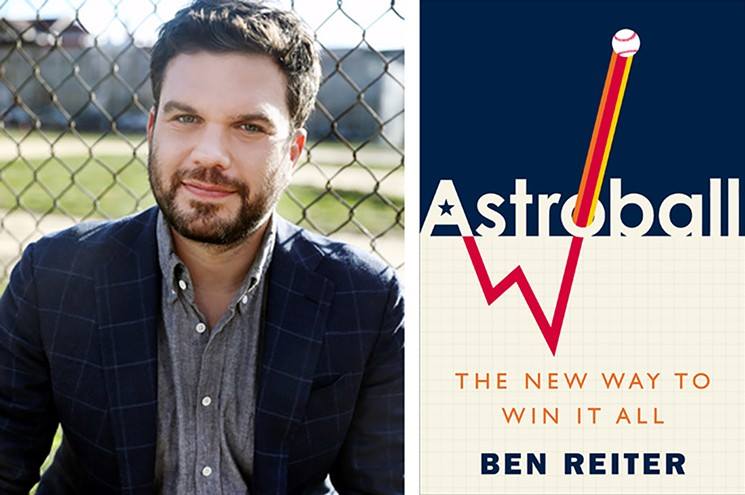